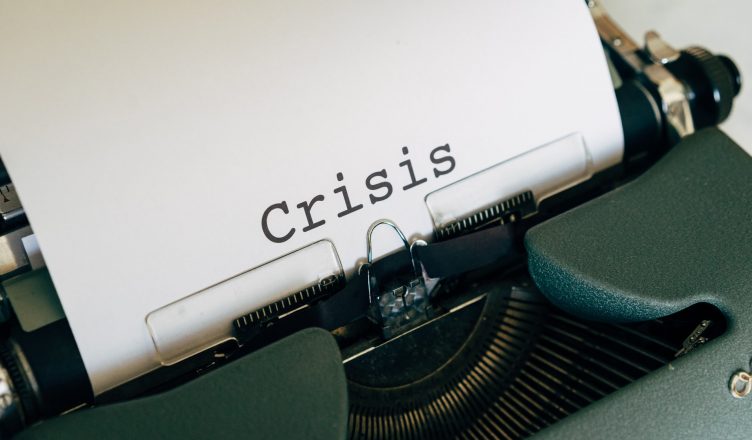 Companies exist to solve people’s problems and make money in the process. This means that companies that create products or services that benefit for a lot of people do well, as such is the law of the free market.

Unfortunately, there are some companies that are simply not as good as others, by either having a market that is not big enough or trying to solve a non-pressing need. Without customers, such companies are headed for massive financial troubles, and any investors in these companies would suffer losses as well. Below are ten sure signs that a company is in the red.

Cold, hard cash is important for companies to survive. Companies need cash to make sure things run smoothly, from administrative costs like bills to employee payroll, and the flexibility to maneuver over any unforeseen emergency costs. A lack of cash is the number one reason why businesses fail, and being low on liquidity can cause an otherwise thriving business to decline very quickly.

Some companies in certain industries have lower cash on hand than others in other industries. For example, most restaurants have less three or four months of cash in the bank, while other businesses like a software house or a cleaning company may have runway of a year or more. However, having too little cash on hand and missing important payment deadlines is a sign of a business about to go bust, as it shows that the company is unable to make enough profits to survive.

Companies can take on debt when trying to increase their cash on hand. By securing loans from banks to get more liquidity when they are running out of money, businesses can keep their day-to-day processes running. If a business needs to buy or upgrade equipment that costs more than their running budgets to grow their businesses, they can use assets in their business as collateral to borrow from banks. This in turn benefits the economy, as banks make money from loans to businesses, and as the business grows, it is likely to hire more people.

Some businesses, especially those which make money by providing services to other businesses (Business-to-business, a.k.a. B2B) may have most of their efforts concentrated on one or two big clients. These clients make up the bulk of their revenue, so when the company lose these clients either to a competitor or the client closes down, profits can drop sharply. The company might go into debt or even bankruptcy if a new client is not found in time.

When there’s news of a company switching some business processes to another company, which is often reported in the media for large firms, this could be a sign that the previous company providing these services is in big financial trouble.

When a product that previously sold like hot cakes stops selling due to changes in market demand or the rise of new competitors, the profit of the company drops. When this happens, responsive companies would be rushing to find out why the taste of their customers changed or how to beat their competitors. However, more inert companies would just wait around, hoping things would turn back to ‘normal’, or blame current market conditions and the economy.

When companies have their profits taking hits for some time, they have a ‘graph’ of tumbling profits. Investors are especially sensitive to these downward trends, and these can cause them to pull their investments out of the business, putting the company in an even more vulnerable position to be overtaken by a rival.

Happy employees give good service. When an employee is unhappy at their job, their performance decline, and they are much less likely to care about the company they work for, causing them to do the very bare minimum at work. It is also very hard for a company to build culture and team spirit especially when teammates are leaving on a weekly or even daily basis. Such changes causes morale of workers to drop, and also puts the idea of leaving into their minds. A high employee turnover rate is often a sign of a red flag for workers that the company is not a pleasant place to work in.

It is extremely difficult for a company to get anything coherent done especially if key personnel leave before new employees can be trained to take over their scope of work. This in turn also causes the service quality of the company to drop, and lose clients and profits.

Nobody feels happy when they earn less money when they work just as hard as before. If a worker’s pay and benefits is reduced such that it goes below the market rate, they must be in love with the company to stick around, especially if their skills are in high demand. The company is also unlikely to be able to hire competent employees to replace the ones that leave, since paying below market rates, especially for a big company, is a clear signal that the company is unable to make enough profits to hire people.

Cutting pay and salary is also likely to lead to resentment in employees, and may cause them to simply quit and walk out the door, leading to a ‘revolving door’ effect. This will in turn affect their colleagues, who are also likely to pack up and leave as well.

There are a few ways which a company enters restructuring, and this usually involves filing for some sort of bankruptcy and revealing that the company is behind in payments or is buried in debt. In the event of a company management restructure, management may be kicked out, and a large portion of the workforce is likely to lose their jobs in a bid to save the company.

A company restructuring is usually a last ditch attempt to save a firm when it nears collapse due to debts or little or no profits. The board of the company, who are also usually the investors, want to see the company move in a new direction and make money again, which means the ‘old’ way is not working. Having a company restructure is definitely a red flag that the company is in huge monetary troubles.

3. Not paying bills on time

When a company does not have enough money for payroll and utilities, it’s a sure sign that they are in deep financial quicksand. Similar to individual human borrowers, companies can get hounded by debtors to pay up. Like all rational human deep in debt, corporates with cash flow problems would begin to weigh which bill they need to pay urgently, and which bills could be held off till for a little longer.

When the management of a company starts taking a huge number of hush-hush, secretive closed door meetings, it’s very easy for investors and employees looking in from the outside to imagine the worst. The lack of transparency increases the uncertainty and culture of fear that can affect the company’s image, contributing to floating rumors about impending failure of a company.

The large number of closed doors meetings is a red flag that something is wrong with the company, in a way that cannot be contained by the founders and that they are discussing about how to remedy the situation. Investors should stay away as far as possible, and employees should be on their toes that their careers may be in danger.

Government regulations are usually there for a reason: to protect lives and properties. Legitimate companies do not have to resort to disregarding or disobeying laws to make money. Since people who flout laws are known as criminals, companies which float rules and regulations to make a quick buck are classified as committing criminal activities.

When a company have to participate in criminal activities to make a profit, it is a sure sign that the company is in huge trouble, both financially and lawfully. This usually happens when the company is already in deep financial trouble, and the director of the company commits a massive fraud like a Ponzi scheme in an attempt to save the company from financial ruin. One such example is Bernie Madoff, who created a massive con to cover up his trading losses.

To increase profits for an old but well-known brand, companies may turn to rebranding to make products more attractive to their customers, especially to entice younger generation consumers to purchase them. Rebranding itself, however, is a major risk, and most companies do it badly, pissing off their existing customer base instead.

One good example is Gap, a clothing brand. When their brand logo was redesigned for a fresh new look, there was a huge backlash about how ugly the new icon was. Gap decided to heed the complaints of its customers, and the whole fiasco died down just six days later when Gap scraped the new logo, despite paying millions for it after the failed rebrand.

Do you any experience with a company that was or is currently in financial trouble? Leave your comments below!