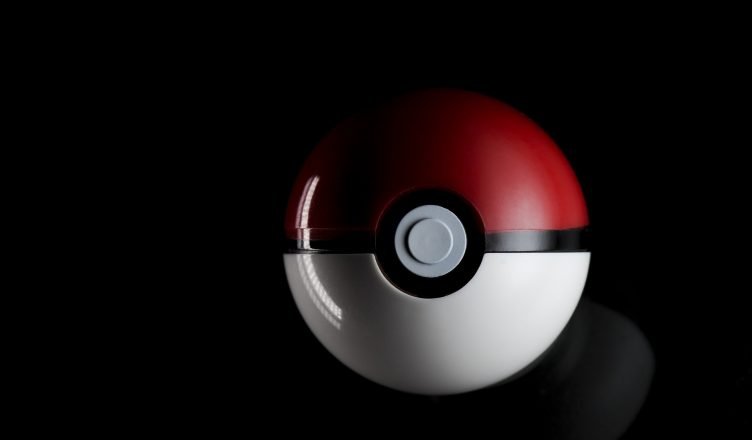 Despite being a twenty year old franchise, Pokémon is still as popular as ever. Many of us have fond childhood memories of these Pocket Monsters, and still love them very much even as we grow up. The franchise has come a long way since then, with the number of all Pokémon at least tripling in number, but the most recognizable ones are still from the first generation. Below are the top 10 iconic Pokémon most people will know at a glance.

Also known as Koiking (コイキング) in Japanese, Magikarp is a water type Pokémon infamously known as one of the most ‘useless’ monster in the entire franchise. With a blank stare, an open mouth that never closes and iconic orange body, this Pokémon never makes it into the battling team of any serious trainer.

Magikarp’s signature move, and often the only moves it knows, is Splash. This move is used to bounce out of its watery surroundings, usually landing it on some dry land. This usually leaves this hapless Pokémon simply flopping around, just like what a real fish would do when it’s gasping for air. While a Magikarp never dies from a lack of oxygen, trainers trying to send their Magikarps into Pokémon battle would usually be reduced to face palms when they see their Pokémon fruitlessly flapping on the ground.

Magikarp, however, evolves into one of Pokémon generation 1’s coolest and strongest Pokémon, Gyarados, which is also one of the fan favorites. A shiny Magikarp is golden in color, replacing the orange in a normal Magikarp’s frame.

Charmander, also known as Hitokage (ヒトカゲ) in Japanese, is a small, orange lizard-like Pokémon with a flame on its tail. Its flame is known to indicate its mood and health, and the fire supposedly never burns out.

One of the three starter Pokémon of the Kanto region, Charmander is the most picked Pokémon by people who played the Gameboy version of the game. Charmanders are rarely seen in the wild in the anime, but often seen travelling and battling alongside their trainers.

Charmander evolves into the mighty Charizard at level 36 in the game, which is another Pokémon beloved by many trainers. A shiny Charmander is yellow, unlike the usual orange of non-shiny ones.

Gyarados (ギャラドス) is a flying and water type Pokémon evolved from Magikarp. With an elongated blue body and inclination to wreak havoc on everything when it shows up, it is widely considered one of the best Pokémon in Generation 1.

As its previous unevolved form is considered one of the most useless but grows to be one of the strongest in the game, this ferocious Pokémon is very recognizable. The epic transformation had shocked many young children (many of us!) when the franchise was first released, as they did not expect such a weak Pokémon to have a hidden potential to become so powerful.

Shiny Gyarados are red, and had appeared several times in the anime as a powerful unknown Pokémon, used to fuel the resolve the series’ main character to become the best trainer, and the imagination of many young minds worldwide.

With a rounded, bouncy pink body and adorable large turquoise eyes that take 1/3 of its body, Jigglypuff (プリン) or Purin in Japanese is one of the most distinct Pokémon in the franchise when it was first released. Its signature move is Sing, which puts allies and enemies alike into a deep slumber.

For comical relief, Jigglypuff was portrayed as a wannabe singing star in the anime, who just wanted people to appreciate her singing. Despite her best efforts, instead of showering her with praises and love, her audience always seemed to end up snoozing when she performs. This frustrated her to no end, and she ends up drawing on their faces in anger, causing much delight for the rest of us behind the screen.

Shiny Jigglypuffs are almost identical to their non-shiny counterparts, except that it is in a darker shade of pink. Their big round eyes are also lime-green instead of the usual turquoise.

Dragonite, or (カイリュー) Kairyu in Japanese, was considered a legendary Pokémon when it was first unveiled in the anime series as a mysterious flying shadow. They are of Dragon and Flying type, and are the final evolution form of Dratini. With a hefty body, its tiny wings are surprisingly adept at allowing it to fly at great speeds.

As one of the most prized catch in both the Gameboy and Pokémon Go versions of the franchise, players would crowd around in places where the Dragonite, or its devolved forms appears in the wild. The main character in the anime series, Ash, managed to snare one of these creatures for himself after 22 years of meeting one for the first time.

Dragonites have a green hue instead of the usual yellow if they are shiny. Their wings are purple instead of green, unlike their non-shiny counterparts.

Eievui (イーブイ), or Eevee, is one of the most unusual Pokémon in the franchise. These furry, ready-to-sit-on-laps creatures resemble a fennec fox, with its large pointy ears and small body shape. These unique Pokémon have the ability to evolve into different forms depending on the condition around it, or with a special Pokémon Stone. There are 8 different ways this Pokémon can evolve, each with a different element power.

Due to their charming design resembling a pet bunny or a small dog at home, Eevee have become one of the most adored Pokémon of all time. Because of their popularity, male and female Eevees in Pokémon Go have been given different tail designs, with the females’ tail having the rounded pattern, and the males having a wavy pattern.

A shiny Eevee has beige fur instead of the usually brown, and is one of the more uncommon Pokémon in the game.

With a round blue head, pink eyes and red shell, Squirtle, or (ゼニガメ) Zenigame is one of the original three starter Pokémon in Kanto region. Closely resembling a turtle, Squirtle is a water type Pokémon, with its signature move in the anime series being Water Gun. Squirtle evolves into a giant turtle Blastoise, with its signature move in the first generation being Hydro Pump.

Most fans of the anime series will remember the most iconic representation of Squirtle in an amusing way: the Squirtle Squad. These mischievous turtles created much trouble for the town they resided in, until they were crowned heroes for saving the town from a huge fire. The turtles all wore sunglasses as a testament to their number in the Pokédex: 007, representing James Bond.

Pokémon Go released a Squirtle with sunglasses as a treat for longtime fans playing the game, as a shoutout to the original anime fans. Shiny Squirtles have lighter blue skin compared to their non-shiny counterparts.

Mewtwo, also known as Myuutsuu(ミュウツー) in Japanese, is a psychic type legendary Pokémon, and one of the best known and beloved character in the franchise. It was originally a Mew, but had unethical genetic experiments performed on it, causing it to become extremely powerful, but angry and vengeful.

Mewtwo never appeared in the main Pokémon anime series, but starred in 2 Pokémon movies. Despite being the main villain of the movies, Mewtwo gained popularity due to its impressive power and distinct body shape. It is also one of the rarest Pokémon, whether in the Gameboy series, Pokémon Go, or the trading card game. In fact, Mewtwo is so popular that it had been painted along with Mew on a Pokémon-themed Boeing 747 by the largest Japanese airline company, All Nippon Airways.

The shiny version of this rare creature has a white body and green tail, in contrast to the greyish-pink and purple tail of the non-shiny equivalent.

Charizard, A.K.A Lizardon (リザードン) in Japanese, is a flying and fire type Pokémon. With an orange body and large blue-tipped wings resembling a fire-breathing dragon, it is one of the most sought after Pokémon in the franchise from day one. Charizard is the final evolved form of Charmander.

This tough Pokémon had a good amount of appearances in the anime series, especially in the first season. The trading card of this Pocket Monster was considered the strongest in the Base set, since its iconic attack Fire Spin did a whopping 100 damage which could basically wipe out most opponent’s cards in the same set. That card was also usually in foil edition, a special form of card that shine when put under light.

Being an extremely Pokémon in the mobile game Pokémon Go as well, shiny Charizard which have a cool black sheen instead of the usual orange, making it look even more cool than regular ‘zards.

This bright yellow mouse Pokémon, with a striped back and lightning shaped tail, is one of the most unmistakable representation of the entire Pokémon franchise. It’s also considered one of the symbols of Pokémon’s parent company, Nintendo, and a pop culture icon. Though not as strong as other Pocket Monsters such as Meotwo and Charizard, Pikachu (ピカチュウ) has spawned numerous merchandise in collaboration with other brands, movies and advertisements, and had been the face of the franchise for over twenty years.

Pikachu has appeared in the running anime series since the very beginning. A Pokémon of the main character, it is unusually powerful compared to others of the same species, and has accompanied the character all around the Pokémon world over the years. Its signature attack Thunderbolt had been used countless times to send the villains of the series flying off into the distance, much to the delight of the viewers.

Shiny versions of Pikachu come in a shade of deeper yellow in comparison with the ordinary ones. Due to being the mascot of Pokémon, Pikachu usually has a special edition released (like wearing caps) when Pokémon Go is celebrating events, such as anniversaries.

Psyduck, or Koduck (コダック) in Japanese, is a yellow duck and platypus mix. This flat-beaked creature is a popular Pokémon due to its doltish look, vacant stare and general oblivion to everything that goes on around it. With both hands covering its head, trying to control its headache, Psyduck is like the dorky, absent-minded friend we all have and love but occasionally blurts out insights with a clarity we never knew they had.

While not the most popular or well-known Pokémon out there, Psyduck has a cult following, due to its loveable silly look. In fact, Psyduck has such a strong following that US Pokémon centers released a Psyduck collection to please its fans.

Psyduck provides comical relief in the anime series by rushing to get out of its Pokeball whenever Misty, its trainer, challenges someone to a battle or attempts to catch a new Pokémon. Such antics usually resulting in hilarious consequences, adding to its popularity.

Shiny Psyduck are blue instead of the usual yellow, and are in much demand by its followers around the globe.

Do you agree that this list of Pokémon are the most iconic? Leave your comments below!