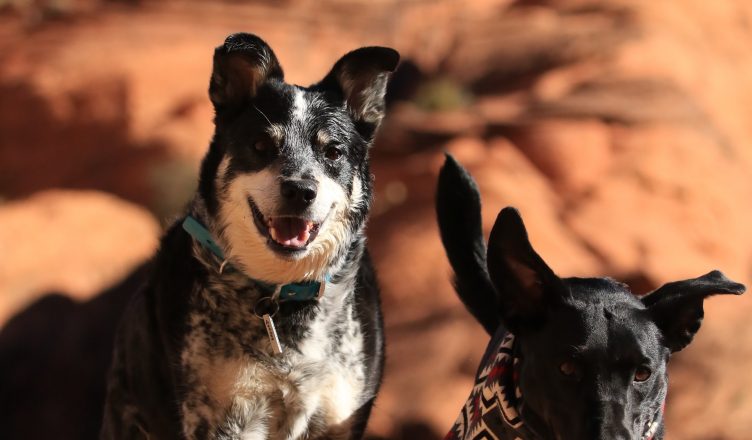 Dogs have been humans’ best friends since ancient times. Whether it is hunting, herding, guarding, or simply for companionship, dogs have always been by our sides. In fact, we love dogs so much that we have over 350 different breeds of these loveable animals! These are the top 10 most popular dog breed in the world.

This adorable, tiny pooch thinks they are bigger than they actually are. This is evident from their terrified dog parents who have to watch them constantly to ensure that they don’t jump off their dining tables in excitement, and to watch out for their babies as they have the tendency to unabashedly stroll up to a bigger sized dog to challenge it.

Pomeranians have two layers of coat: a short thick undercoat with a longer outer coat, causing them to look fluffy. Their coats have one of the biggest variety of color out of all dog breeds, and they come in colors like white, cream, black, brown, orange, spotted, tan, and even rarer colors like blue and sable.

Many famous people have owned this lively breed, including Queen Victoria, Marie Antoinette, and even Mozart. (Yes, that Mozart!)

Standing at about 11 to 13 inches, the French Bulldog is a smaller but distinct breed of bulldogs. Known fondly as ‘Frenchie’ in dog owners’ inner circles, this quiet but alert dog is a delightful friend for their owners.

Like other bulldogs breeds, the Frenchie spots a wrinkled face and a flat nose. Its pointy big ears are the distinctive feature for this breed. Known for being a ‘chill’ dog, the French bulldog does not require much exercise and will happy snuggle with their parents on the couch for a TV marathon.

They have a short coat, which makes them easy to maintain compared to long coat breeds. Their coats come in colors like cream, black and brown, although most Frenchies have 2 or more colors on their smooth coats.

Renowned as the smallest dog breed in the world, the Chihuahua originated from Mexico over 800 years ago. A Chihuahua puppy can be smaller than the size of a human palm!

Being bold and intelligent, the Chihuahua’s inquisitive mind combined with its size makes them able to wriggle out from hole in fences and smaller spaces, so Chihuahua parents usually like to keep them indoors.

Britney Spears, Paris Hilton and Marilyn Monroe were known owners of this pawful bundle of joy.

Historically known as the noble lady’s pet, the poodle’s unique hairdo among other dogs make them instantly recognizable for most people.

Poodles are typically seen as high maintanence, fragile and ‘non-macho’ due to their flamboyant look. However, this cannot be further from the truth. Poods are extremely smart dogs, and highly trainable. In fact, their funky fur-style was meant to protect them and reduce swimming drag when they were classified as working dogs. Originally bred to hunt ducks and other waterfowls, but found their way into the hearts of European royalty, and eventually gained the status of a ‘noble’ dog.

There are three main types of Poodles, according to their size: Standard, Miniature and Toy. Standard poodles are the largest of the three, while miniature are less than 15 inches in height and toy poodles are less than 10 inches. The distinct wads of fur on the legs, hips and tail tip left unshaved are called pompons.

Other than the European royalty, famous people who owned poodles are Elvis Presley, Elizabeth Taylor and Rihanna.

One of the most common breeds of working dogs, the Golden Retriever is a well-recognized and popular dog around the globe.

Originating in Scotland, Golden Retrievers are historically bred to retrieve shot water birds, hence the name. They are highly active but easy-going dogs, with a love of swimming. All Golden retrievers have golden colored coats, varying from light to dark.

Due to their easily trainable and eager to please nature, Golden Retrievers are the choice breed for guiding the visually impaired, search-and-rescue missions and for mobility assistance. These beautiful dogs have saved and helped countless lives worldwide.

One of the most celebrated dogs of the internet, the Pug is an easily recognizable breed with distinct face wrinkles and large soulful eyes.

Pugs have found their way to internet fame due to them being photographed extensively by their dog paw-rents, and posting it on social media. With a ‘permanent sad face’ and various funny expressions, pugs are the dog breed that receives the most attention on the internet.

The wrinkles that make them adorable, however, have a dark side. They present a risk of dermatitis and breathing problems for this breed. Owners of the pug usually ensure that their pet’s facial folds are cleaned regularly to prevent skin problems.

Pugs are owned by famous people like Dave Ramsey and George Clooney. The most famous pug is Doug, who lives in Nashville, Tennessee, and has a following of over 6 million on social media.

The Siberian Husky, or simply Husky, is a breed with wolf-like looks. They were originally used as working dogs, pulling sleds in cold climate.

Siberians Huskies have 2 layers of coat, which protects them very well from the cold. With all that thick covering, Siberian Huskies do not do well in warm climates. Their unique almond-shaped eyes come in three colors: blue, brown or black. Some husky individuals can have heterochromia, which means that they have eyes of two different colors (for example, brown left eye and blue right eye).

Huskies also have a tendency to howl instead of barking like other dogs, adding on to their perceived wolf-like nature. Being highly active and intelligent, Siberian Huskies can get bored easily if not well engaged, which usually leads to unwanted behaviour like furniture destruction, or wandering off on their own. They are also not suitable for first time dog owners as they have an independent streak and can be very stubborn.

There is a statue of a husky named Balto in New York Central Park, adding to the well-loved status of this breed in the US. Famous people who owned Siberian huskies include Jared Leto, Miley Cyrus and Taylor Lautner.

Friendly, sociable and energetic, the Labrador retriever is a medium-sized dog loved by many in countries around the world.

The Labrador retriever comes in 3 different coat colors: black, chocolate and yellow (cream). Puppies of all 3 colors can be found in the same litter, since coat colors are determined by genes shared across the breed.

Other than being companions, Labrador retrievers also work alongside humans as visual assistance, therapy and tracking dogs. They are extremely popular as ‘helper’ dogs are they are easily trainable and intelligent. One of the most famous working Labrador retrievers is Endal, who was the service animal for Allen Parton, a wheelchair-bound UK Navy officer.

Originally hailing from Germany as a sheep herder, the German Shepherd is the second most popular breed of dogs in the world.

Many K9 units across the world prefer the German Shepherd, as they are obedient, smart, and big dogs with a powerful bite. Their powerful sense of smell and ability to pursue a goal undistractedly make them good for a huge variety of tasks, such as drugs and explosives detection, as well as search and rescue missions. They have also been deployed as guide dogs, although the Labrador retrievers and Golden retrievers are more suited for being guides.

Most German Shepherds have two layers of short coats, although some rarer ones have longer coats. They usually have two out of the three coat colors: tan, black and red. Long body and muzzle are the distinct features of this breed.

Famous canines of this breed include Strongheart and Rin Tin Tin. Celebrities who own German Shepherds include Ben Affleck, Michael Jackson and Tom Hanks.

The English Bulldog, or simply Bulldog, is the most popular breed of dogs in the world. Instantly recognizable from their unique faces, they are one of the symbols of England.

Bulldogs are known to be easy-going and friendly, but can be stubborn. Like other flat faced dog breeds like the Pug and French Bulldog, this breed could develop respiratory problems due to their small snouts. With an average weight of about 23 kg or 50 pounds, the bulldog is considered a medium sized dog.

Most bulldogs enjoy nothing more than the love and companionship of their humans as they chill out on the couch together.  Sadly, this amazing dog breed only lives for about 8 to 10 years.

The United States Marine Corps have the bulldog as their official mascot. Famous owners of bulldogs include Adam Sandler, Pink and Brad Pitt.

Boxers are the 11th most popular breed of dogs in the world. They have genes from both the Old English Bulldog and German Bulldog (Bullenbeisser) breed, both of which are now extinct.

Boxers typically have upright ears, small heads and muscular bodies, along with a short coat. They are usually tan, red, black, or have a striped coat. Most Boxers have white underbellies. Pure white boxers exists, but they are rare, and most of them have hearing problems.

Boxers were once used for dog fighting, a bloodthirsty sport where dogs are made to fight each other while people placed bet on which one would win. Most dogfighting rings have since been banned, but the boxers did not go down in popularity. This breed is known to be alert, loyal and protective of their human and family.

Which of these dogs are you favorite breeds? Leave your comments below!